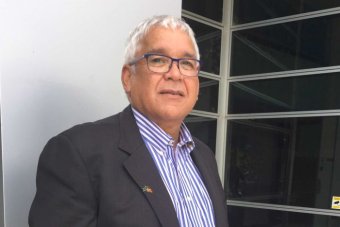 The Stolen Wages Reparations Taskforce is holding a number of community meetings over the coming months, to hear from you if your wages and savings were stolen.

Today the community meeting is at Caboolture and is open to anyone in the Moreton Bay and Somerset council areas. Moreton Aboriginal and Torres Strait Islander Community Health Service 5 James Street from 12 pm

There's already been a meeting in Zillmere. Next week, they're in Ipswich and South Brisbane, with Inala, Logan and Toowoomba dates yet to be announced.

Mick Gooda is the Chair of the Taskforce:

The Queensland Government has established a stolen wages taskforce ? overseeing a $21 million reparations fund ? to compensate Indigenous workers who were not paid or underpaid decades ago.

Up until the 1970s, the wages and savings of Aboriginal people were mostly controlled by Australian governments and agencies.

Indigenous workers were either not paid any wages at all or paid substantially less than their counterparts, and were prevented from claiming social security benefits that other Australians received.

The Queensland Government is looking to redress this with a taskforce headed up by Aboriginal and Torres Strait Islander social justice commissioner Mick Gooda.

It is a historic injustice that Mr Gooda knows all too well from his personal experience.

"My mum was born at Woorabinda, my mum was taken and placed as a domestic in cattle properties around central Queensland and then had her wages taken from her," Mr Gooda said.

"So it is very significant to lots of my family.

"The issue of stolen wages, it happened in most states of Australia.

"But we're now looking at it as an opportunity to bring some justice to those people who had their wages taken away from them."

Mr Gooda admitted his appointment as the head of Queensland's stolen wages taskforce was daunting.

The only other states to try and implement reparation schemes to redress the legacies of stolen wages are New South Wales and Western Australia.

The last incarnation of Queensland's stolen wages fund was heavily criticised for only handing out up to $4,000 to eligible people, and then asking them to waive their rights to further legal action.

But he said it was vital that this wrong was properly set right.

"The main idea is actually how do you distribute that $21 million [to those] who had their wages confiscated by the Government of the day," he said.

"We don't want people to come in with absolute proof ? I think that's gone.

"The Government gave up the right to ask for that level of certainty when they lost all their records of the money they'd taken off people."

'It was slave labour that this country was built on'

For much of the 19th and 20th centuries, Indigenous people's employment was strictly controlled.

What little wages they were allowed were often put into trust accounts which were frequently mismanaged through neglect or fraud.

When Aboriginal people went to access these trust accounts, if they were allowed to, often the accounts either had no funds or vastly less than they should have.

Cheryl Buchanan was on the taskforce during the Beattie government that met with Aboriginal communities throughout the state to find out how extensive the situation was.

She said she has been haunted ever since by the stories she was told.

They were used for the pleasure of various stockmen who would come and go.
Cheryl Buchanan

"It was slave labour that this country was built on, particularly in Queensland when the Maranoa Holdings wanted to establish the pastoral stations" she said.

"And so our people were put out to work, men and women, worked from dark in the morning until very late at night, away from their families away from their children most of the time.

"And the ironic thing is that the domestics were actually looking after the children of the pastoral owners and neglecting their own children as a result."

She said some of the experiences were horrific.

"We saw people who were actually sex slaves on one particular property, and who showed the markings where they were ligatured, their arms and their legs, and they were used for the pleasure of various stockmen who would come and go."

"It's a very sensitive and a very difficult issue for people to get their heads around.

"Because sadly in this country we are dealing with a majority of people who still find it extremely difficult to come to terms with the reality of what happened to our people." Current Indigenous status linked to stolen wages era

Mr Gooda will start community consultations next month and hopes to start reparations from next year.

He said that lost money not only denied Aboriginal people their rightful wages, but also generations of their families.

"There's also a big issue that people until not that long ago weren't paid award wages by the Queensland Government," he said.

"When you look at the economic and social status of people right now a lot of it can be traced back to that.

"A lot of our people if they were paid award wages and had the means to purchase houses back in the 50s and 60s when they were miniscule compared to prices today, we could've created a lot of wealth just through things like home ownership but our people weren't given the proper wages to even do that.

"So it does have an effect.

"But here we are now trying to rectify those things that happened in the past to the extent we can."