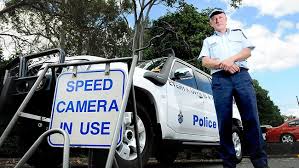 Queensland Police should use covert speed cameras more often to reduce the number of severe road crashes, a report has recommended.

Queensland's auditor-general has found that speed cameras are not always being deployed at the right time, in the right location, or in the right mode.

A report tabled in State Parliament found that that balance needed to be corrected, to provide more general deterrence against speeding.

"However, it is not working as well as it could.

"This means the frequency and severity of crashes caused by speeding are likely higher than necessary."

The report found that speed contributed to 22 per cent of all road fatalities between 2008 and 2014.

But the report recommended better use of unmarked cameras.

"The QPS have approval for 30 per cent of mobile camera hours to be undertaken covertly," it said.

"This is in part because the QPS wants to avoid perceptions of revenue raising.

"A high percentage of covert deployments prompts a general deterrence to speeding."