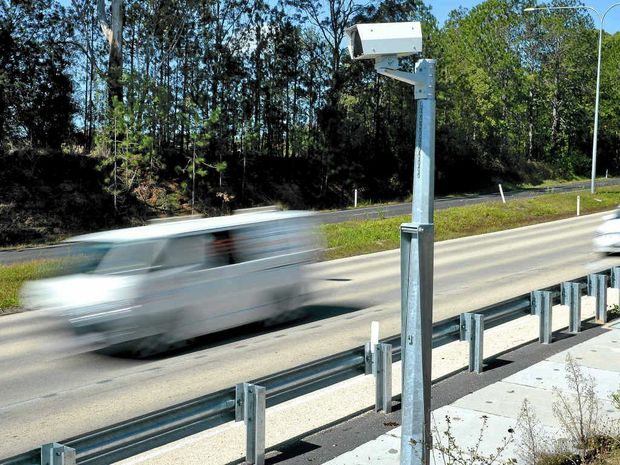 Police try to put the brakes on speeders

More Queensland speed cameras are being used during working hours on weekdays despite most speed-related crashes occurring at night or on weekends, a new report has revealed.

The Road Safety - Traffic Cameras report tabled in parliament on Tuesday found there was "significant scope" to cut the crash rate if police used more speed cameras when crashes were more likely.

The report found more motorists were driving below the speed limit, except in 80kmh zones on rural roads.

But the Auditor-General criticised Queensland Police for not using its full quota of hidden cameras to nab speeding motorists.

The Queensland Audit Office said police had approval to use 30% of cameras covertly during 2014-15 but only used 16%.

This equated to about 33,800 extra speeding tickets that could have been given to drivers.

Police issued more than 3.7 million infringement notices between July 2008 and July 2015 from its statewide camera program, the report revealed.

The audit focused on the Camera Detected Offence Program operated by the Queensland Police Service and the Department of Transport and Main Roads.

While the report found the system was generally well designed, it said there was room for improvement in the way it was operated.

The process of issuing infringements was also scrutinised, with unclear number plates named the most common reason for a ticket not being issued.

During 2014-15, more than 135,500 speeding infringements were not issued for this reason, with the audit pointing to camera issues, such as poor film quality, contributing to this figure.