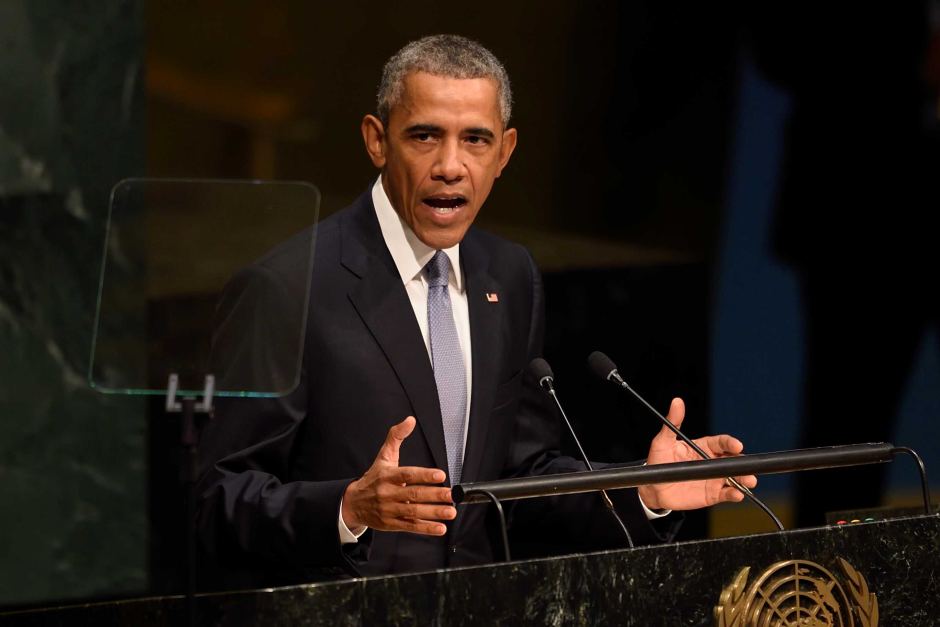 Reactions from representatives of the 12 Pacific Rim countries which will make up the Trans-Pacific Partnership (TPP) trade pact have been largely positive.

This is what is being said around the region.

The conclusion of the agreement is timely for Barack Obama, as it embodies the American president's earlier commitment: a pivot towards the globe's most populous continent. US president Barack Obama speaks at the 70th session of the United Nations General Assembly

The deal means Mr Obama can claim a diplomatic success fewer than 16 months before the end of his presidency, provided he can persuade the US Congress to back it.

The centrepiece of his foreign policy, the rebalance or "pivot" to Asia popularized by Hillary Clinton when she served as secretary of state, is intended to devote more diplomatic, security and economic resources and attention to the continent after a decade monopolised by Middle East crises and costly wars in Afghanistan and Iraq.

Mr Obama said the agreement "strengthens our strategic relationships with our partners and allies in a region that will be vital to the 21st century".

For Douglas Paal, of the Carnegie Endowment for International Peace, the trade pact sealed in Atlanta, Georgia provides "real new energy" to the rebalancing and boosts "the narrative for US engagement" in Asia.

Initial reaction from US Congress members, including Democrats and Republicans, ranged from cautious to sceptical.

US members of Congress have already warned that they will not ratify any deal that gives up too much in US interests.

Powerful senator Orrin Hatch warned he would scour the deal "to determine whether our trade negotiators have diligently followed the law so that this trade agreement meets Congress's criteria and increases opportunity for American businesses and workers".

The TPP has also been deliberately designed to be more inclusive
Lim Hng Kiang, Singapore trade and industry minister

"It will transform the region by reducing tariff and non-tariff barriers substantially for both goods and services, encouraging greater investment, and addressing new trade challenges in the modern economy," he said.

"The TPP has also been deliberately designed to be more inclusive, so that small and medium-sized enterprises can take full advantage of its benefits."

For Vietnam, the benefits include a tariff cut on butanes, propane and liquefied natural gas.

New Zealand prime minister John Key said the deal would cut tariffs on 93 per cent of New Zealand's exports to the US, Japan, Canada, Mexico and Peru.

But he expressed frustration the deal failed to deliver more benefits to the country's crucial dairy industry.

"We're disappointed there wasn't agreement to eliminate all dairy tariffs but overall it's a very good deal for New Zealand," he said.

Mr Key said the TPP gave New Zealand access to a market of more than 800 million customers in the Asia-Pacific region.

Trade minister Tim Groser said Wellington's negotiators battled until the final hours of the Atlanta talks on dairy but made some concessions to deliver the overall trade pact.

"We had to start up high... and we got what we could," he told Radio New Zealand.

Mr Fast said the deal would result in significant reductions of bureaucratic and tariff barriers to trade and investment among the 12 countries.

"Red tape is consuming so much world activity ... this is a massive achievement in reducing that red tape," he said. TPP "is going to lead to far more seamless trade". Chile

Chilean foreign minister Heraldo Munoz said he was satisfied with the result and said the agreement would allow Chile to consolidate its relationship with Asia-Pacific nations.

"We will be part [of] the largest and most modern economic model in the world," he said.

The Chilean delegation was headed by director general of international economic relations Andres Rebolledo, who also stressed it had reached a "properly balanced agreement that will bring important benefits for our country".

He said one of the most controversial points was the protection of biological medicines.

"We believe that Chile, as an open economy that adapts to change, the TPP will open up opportunities to improve the access of several of its flagship products," Mr Rebolledo said.

Australia's ambassador in Peru Nicholas McCaffrey said the completion of the TPP would increase trade between the two countries, especially in the areas of agriculture and specialised machinery.

"As a result of TPP, we expect an improvement in the economic relationship between Peru and Australia; we believe this agreement will expand our trade to new areas and increase investment flows," Mr McCaffrey said in a statement.

"This will bring benefits to consumers and producers on both sides of the Pacific Ocean."

Australia opened its embassy in Lima in September 2010, and more than 80 Australian companies operate in Peru.

President Enrique Pea Nieto welcomed the conclusion of negotiations on the TPP and said the deal would benefit the country in investment opportunities.

He tweeted the "Trans-Pacific Partnership agreement will lead to greater investment opportunities and well-paid jobs for Mexicans".

Tariffs on pharmaceutical, machinery, mechanical and electrical appliances and automotive parts to Mexico will be cut within 10 years and tariffs on seafood to be cut within 15 years.

Japan's prime minister Shinzo Abe said the agreement was a "major outcome" for Japan and the future of the Asia-Pacific.

The TPP will give Japan's automakers, led by Toyota, a freer hand to buy parts from Asia for vehicles sold in the United States, but sets long phase-out periods for US tariffs on Japanese cars and light trucks.

Japan has made major concessions to lower tariffs and reduce non-tariff barriers, a chronic sore point with major food exporters like Australia, New Zealand and the United States.