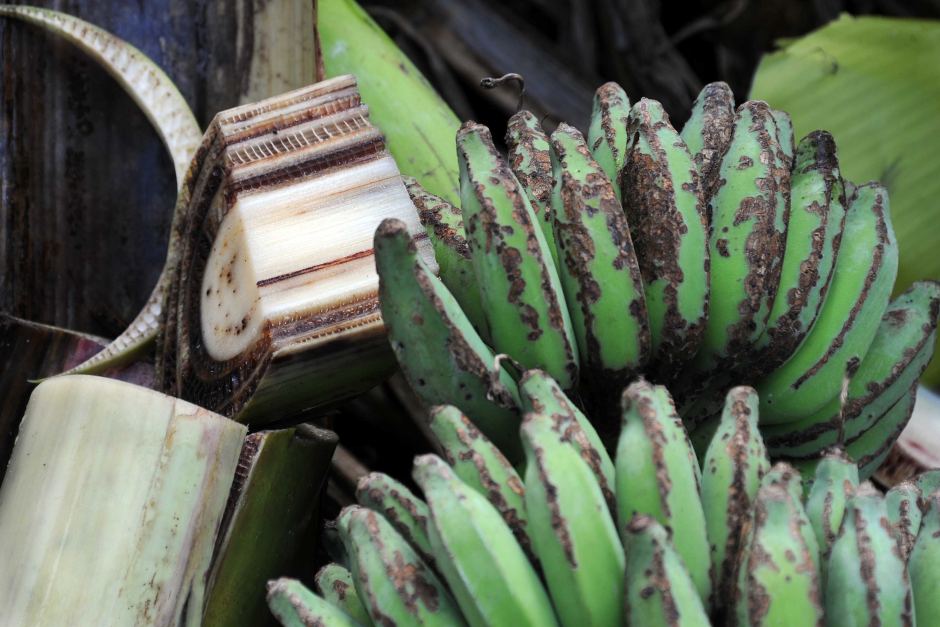 Researchers are investigating the psychological impacts of biosecurity outbreaks in far north Queensland.

The Commonwealth Scientific Industrial Research Organisation (CSIRO) has conducted a study to determine how residents in Mareeba, Tully and Innisfail were impacted after the outbreak of Panama Tropical Race 4.

A banana farm at Tully tested positive for the disease in March, again in August and also at the beginning of October.

The list of those surveyed included banana farmers, other residents and businesses.

"The immediate and direct effects are obviously on the farmers and the growers and the people who are directly and financially linked," he said.

"More than half the farm owners surveyed told us the outbreak has been highly stressful for them, but there's also a high degree of stress in the local resident population.

"We've got about a quarter of respondents there who've indicated a high level of personal stress."

The surveys are the first of a four-stage research project that will continue for the next two years.

There's very little awareness in some parts of the community and that's concerning, because the biosecurity response really does rely on the whole of the community participating.
Dr Matt Curnock, CSIRO researcher

Dr Curnock said the results so far showed despite the stress and anxiety, the far north Queensland communities were resilient and adapting to their new circumstances.

Many farmers have increased their biosecurity protocols and protection since the initial outbreak.

"Farmers have been very proactive and adopted a whole range of measures to prevent the spread and minimise the risk to other farms," Dr Curnock said.

However, he said the awareness around the threat of Panama Tropical Race 4 could be better.

"There's a range of different perceptions about the risk associated with it," Dr Curnock said.

"There's very little awareness in some parts of the community and that's concerning, because the biosecurity response really does rely on the whole of the community participating and being aware of the likely pathways of spreading and transmission."

The results will be used to write a public report on community wellbeing issues, and strategies for future planning around the resilience of communities in the wake of biosecurity outbreaks.

"Hopefully this will improve biosecurity measures, it will help to inform us of resources that are needed and how to communicate important measures... to ensure that those industries and townships and livelihoods are maintained without substantial impacts," Dr Curnock said.