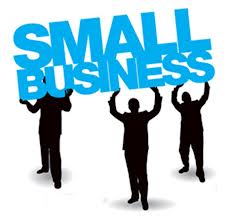 With banks facing headwinds from tighter margins and sluggish earnings growth, the market will be keen to get a look inside the Bank of Queensland's (BoQ) books when it puts out its full year 2015 profit on Thursday.

A cash profit of around $350 million is forecast, 15 per cent up on last year.

Home loan growth is expected to moderate ? particularly in past couple of months ? in response to Australian Prudential Regulation Authority's (APRA) crackdown on investment property lending.

At the same time, margins which showed signs of shrinking in the first half may start to tick up in response to the repricing that has been going on in the mortgage market.

BoQ's capital position will also be scrutinised with its top tier, CET1 ratio expected to come in at around 9 per cent, just shy of APRA's demands for having a unquestionably strong, top global quartile buffer.

BoQ rules off its financial year at the end of August, so its full year numbers come out about a month ahead of NAB, ANZ and Westpac, which all have September financial years.

The CBA reported a relatively flat $9 billion full year profit back in August.

Predicting Tuesday's monthly trade balance is tricky, but it is safe to assume it will be another large deficit, of more than $2 billion.

It may well have narrowed from the $2.5 billion deficit in July, as iron ore and coal shipments increased while prices have remained relatively stable.

On the other hand, stronger imports in the month may see the deficit widen again.

Housing finance is other key figure of the week on Friday and may well see a sharp, if artificial, rise as banks rush to reclassify "investor" loans to "owner-occupier". Overseas market shows poor figures

The release of the minutes of the Federal Reserve's September meeting might provide some insight into the pace of future rate hikes ? but also might not.

What was probably a much more significant guidance arrived on Friday night, with the release of surprisingly weak non-farm payrolls data.

US employers added 142,000 new jobs in September, well short of the expected 220,000 the market had banked on to keep the Fed on track for an interest rate lift-off by December.

An October rate rise ? if it was not already ? is certainly off the table.

The very influential not-for-profit figures were so poor across all the sectors that a December hike has likely disappeared as an option too.

Added to that, the US trade deficit on Tuesday may widen further, which would not auger well for a solid third quarter GDP number.

Central banks in the UK on Thursday and Japan on Wednesday are expected to join the RBA in holding.

Given Japan's official rate is anchored at zero, there is not a lot of room to "cut" further, recession or not.