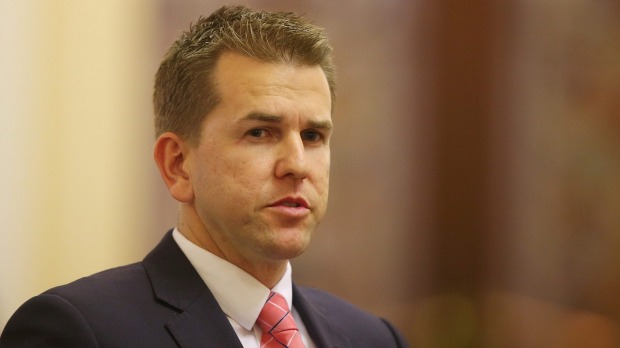 Jarrod Bleijie has accused the government of "hiding behind local councils" in a "sneaky cash grab" from property holders, by enforcing a levy regulation that could see some landholders pay the same levy multiple times.

But the government said it was only enforcing a levy regulation put in place by the former LNP Government.

Last month Moreton Bay Regional Council confirmed there had been "an inconsistency across local governments in Queensland in respect to how the State Government Emergency Management Levy [was] applied to rateable properties", with some, including Moreton Bay, applying only one charge per rate notice, instead of each lot within the property.

With the State Government now enforcing the regulation, Moreton Bay Regional Council identified 896 properties across its region that will incur additional charges for the levy, ranging from an extra $23.40 to $103,050.80 per year. Residential properties were not immune, with the council identifying 399 homes that will be impacted by the levy, with the homeowners paying up to $450.80 extra per year.

"Council has now received written direction from the Queensland Government Public Service Business Agency that our practice of applying the EML based on rate assessment number must stop, and we must immediately commence charging the EML based on the number of lots within the prescribed property," the Council reported in August.

Shadow Emergency Services Minister Jarod Bleijie tabled the council documents during the Tuesday Parliament sitting, questioning Minister Jo-Ann Miller about the order, and whether the administration of the levy, designed to fund the state's emergency services, "was taking us back to the past".

"In relation to the emergency management levy, I point out that it is applied right across Queensland and has been for some time," Ms Miller said in question time.

"This emergency management levy is very important to fund the operations of the Queensland Fire and Emergency Services," she said.

"It is also there to make sure that our rural fire officers have the appropriate equipment and appropriate accoutrements in relation to fighting fires in rural areas."

Ms Miller said the levy's application was broadened to apply to all properties in January 2014, under the LNP, at the same time it was extended to include emergency management funding.